Fun Things To Do

The original Lumpinee Boxing Stadium (sometimes spelt ‘Lumpini’) founded in 1956, was once located on Rama IV Road. The stadium achieved almost legendary status as one of the best places to see a Muay Thai match, as well as for training some of the top boxers in Thailand (and the world!). 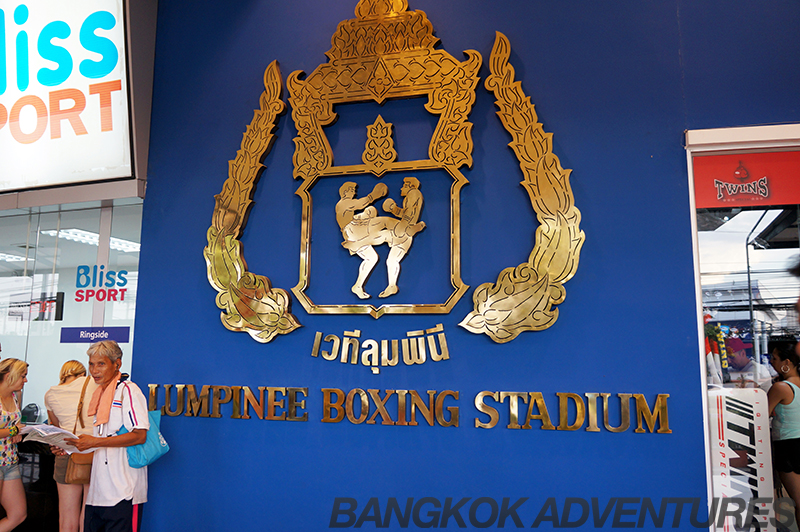 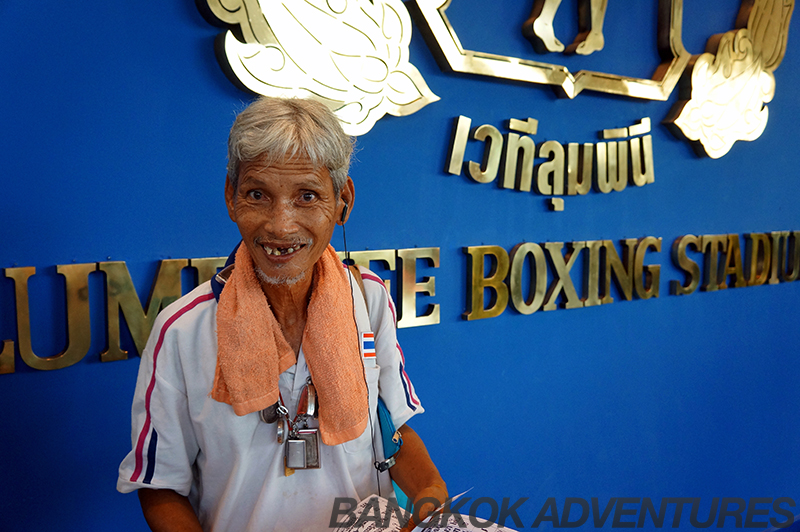 The brand new stadium has been open since the end of February 2014 and can hold up to 8,000 spectators at it’s new Ram Intra Road location. Going to watch a Muay Thai fight is an exciting way to spend any evening, especially at this world famous stadium. For Muay Thai boxers, nothing beats the prestige of holding the title of “Muay Thai Champion of Lumpinee”. 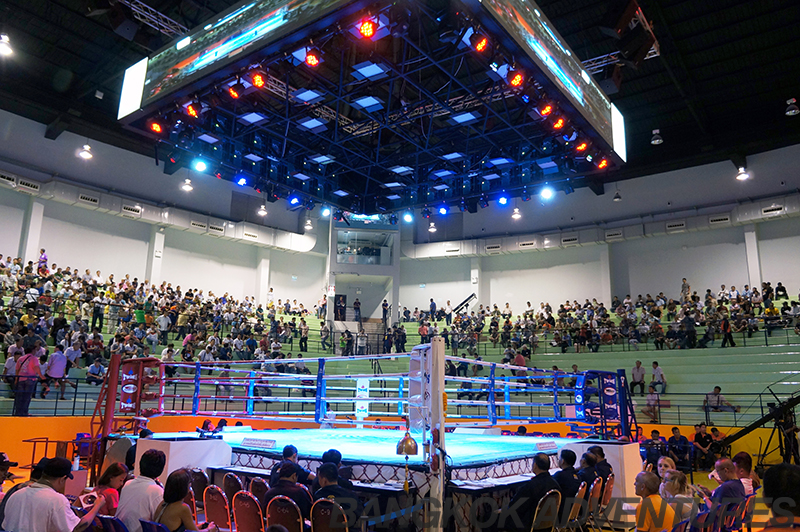 The Lumpinee Boxing Stadium is actually run by the Royal Thai Army on behalf of the Thai Government, so don’t be surprised to see security being handled by armed military police officers! All proceeds from Muay Thai fights at Lumpinee are donated to various parts of the Thai Army. 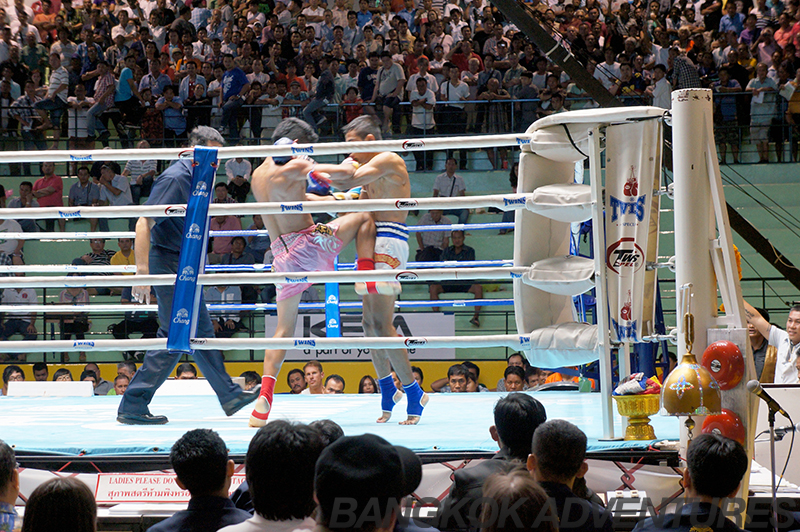 And, did you know that Lumpinee Boxing Stadium is one of the few places in Thailand where it is actually legal to gamble? If you can get your head around the Thai gambling system, which is done via hand signals, you can place a bet on the second floor. 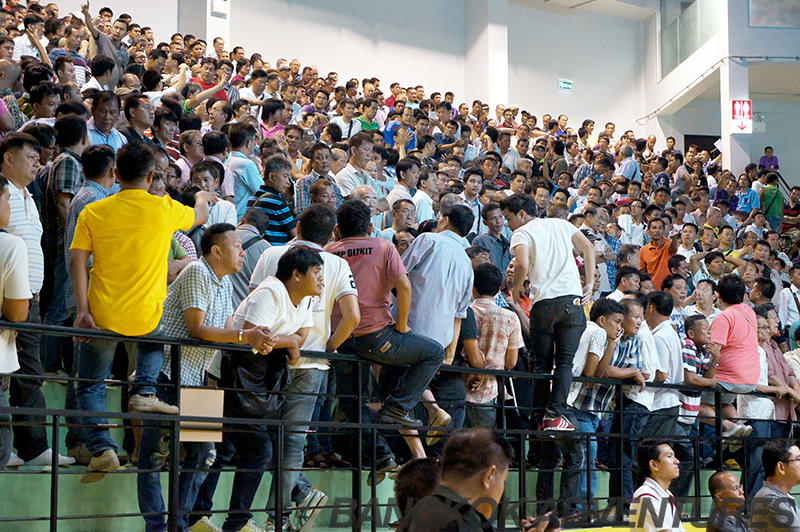 The new Lumpinee Stadium is one of the few places you can legally gamble in Thailand.

The competitors at Lumpinee Stadium will range from mini flyweight (weighing 105 lb.) to super welterweight (weighing 154 lb.), and depending on which fights you go to, you may see a variety of boxers. 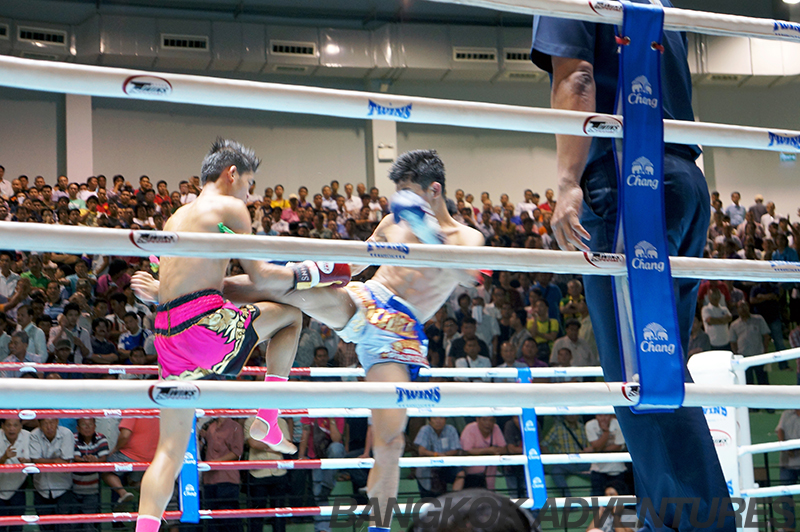 If you’ve never seen a Muay Thai boxing match before, be prepared for a mixture of boxing and martial arts. 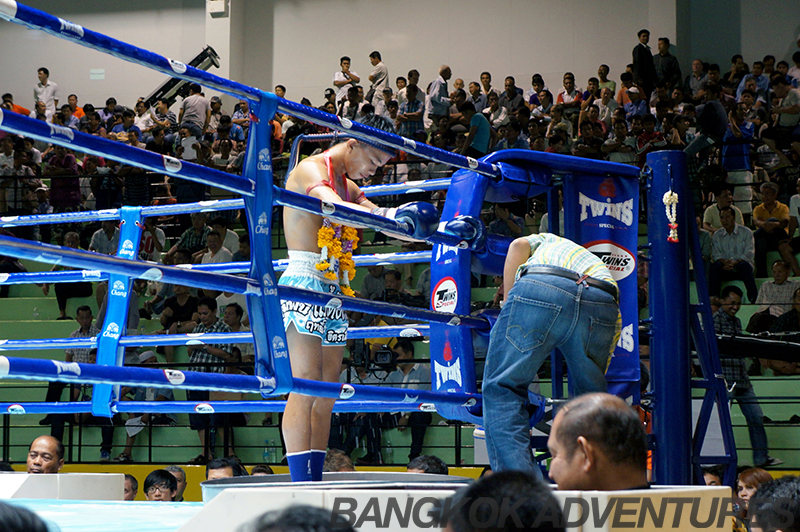 The sport is often referred to as the ‘Art of Eight Limbs’, making use of kicks, punches, elbow and knee strikes, therefore using eight points of contact. Traditional boxing only uses two points of contact, the fists, so Muay Thai boxing is often much more dynamic to watch! 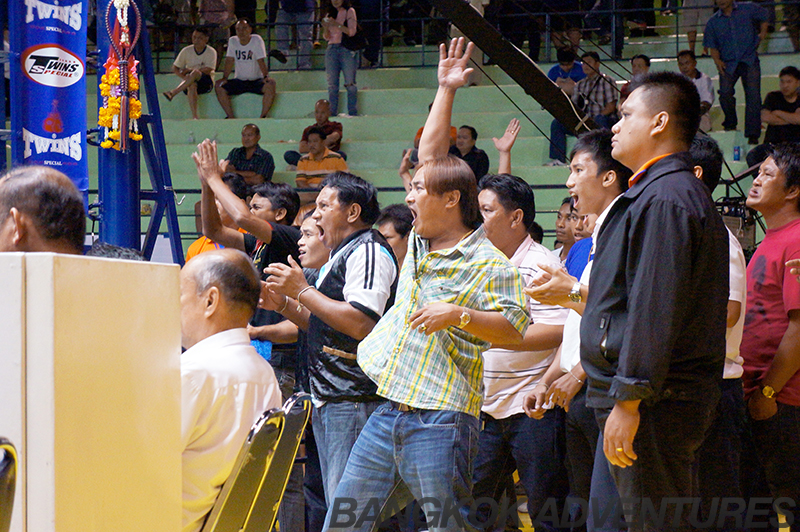 Ringside seats get you in close to the action in the teams corner.

The most expensive seats at Lumpinee Stadium are ringside, where you are sure to see every bit of the action. 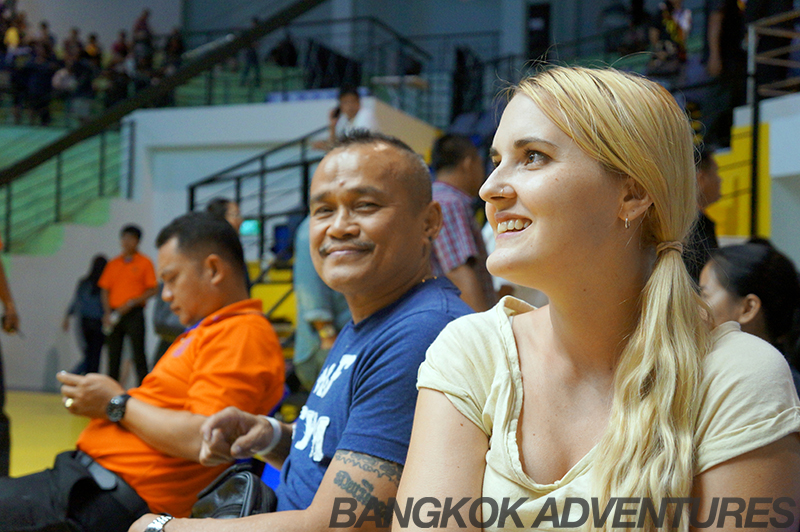 One of the benefits of sitting ringside: getting to rub shoulders with former champions.

The ringside seats are mostly occupied by tourists, foreigners and families with children, and whilst you won’t miss a thing buying one of these tickets, we highly recommend getting in with the (mostly Thai) crowd on the upper levels of the stadium. The tickets are cheaper here, and the atmosphere is much more wild and exciting! 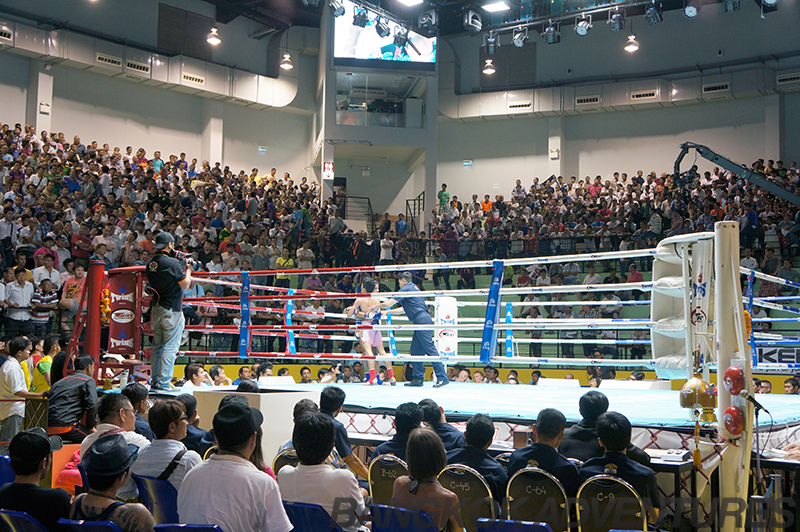 You can catch a Muay Thai Match at Lumpinee Boxing Stadium on Tuesdays, Fridays and Saturdays. Fights usually start at 6pm, but check local details before you show up. Ticket prices start from 200 Baht for standing tickets, and go up to 2000 Baht for the ringside seats. 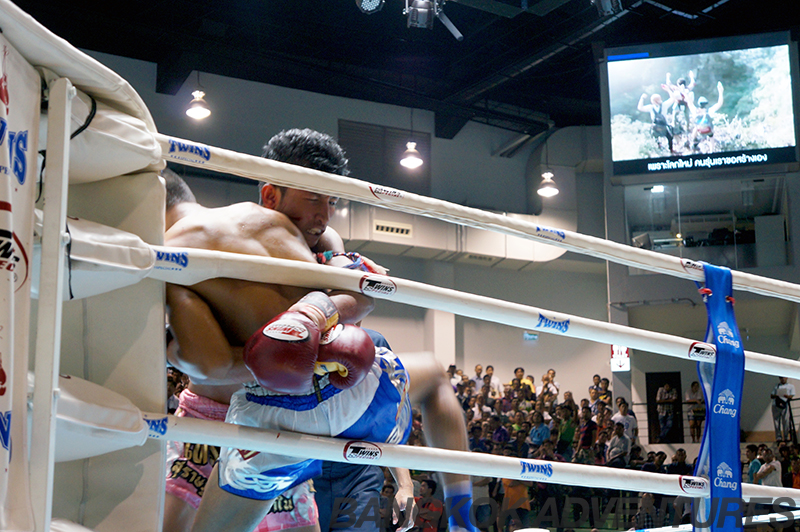 To get to the stadium, we recommend taking a taxi from downtown Bangkok. There are no BTS stations close to Lumpinee Stadium but if public transport is a must, take the BTS Skytrain to Mo Chit and then taxi onwards from there.