When a pie shop in Bangkok makes better pies than most pubs in England, you know you’ve found something special. Their tag-line is ‘We’re Serious About Pies’ – and believe us when we tell you that they aren’t kidding. 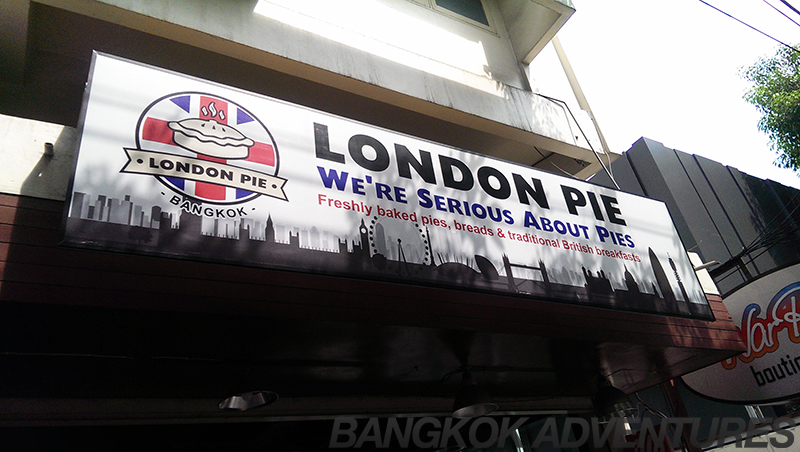 Any Brits in Bangkok should take note – if you are feeling homesick and in need of some comfort food – look no further than this delectable deli. We stumbled upon London Pie by accident (or maybe it was fate?) and our hunger led us inside. 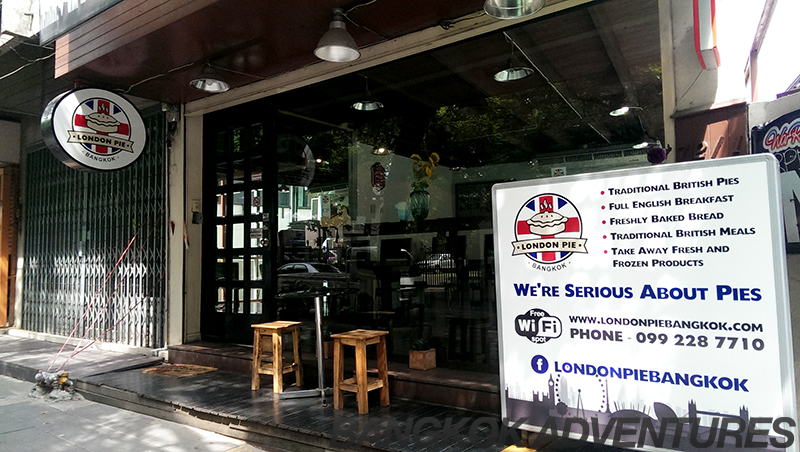 We sat down in the plain, but lovely-looking, pie shop and as we flicked through the menu we were impressed with the classic combinations and British favourites on offer – Minced Beef & Onion, Steak & Kidney, and Chicken & Mushroom, and sat alongside some fantastic fusion pie fillings like Penang Pie, Green Curry, and Chicken Tikka. 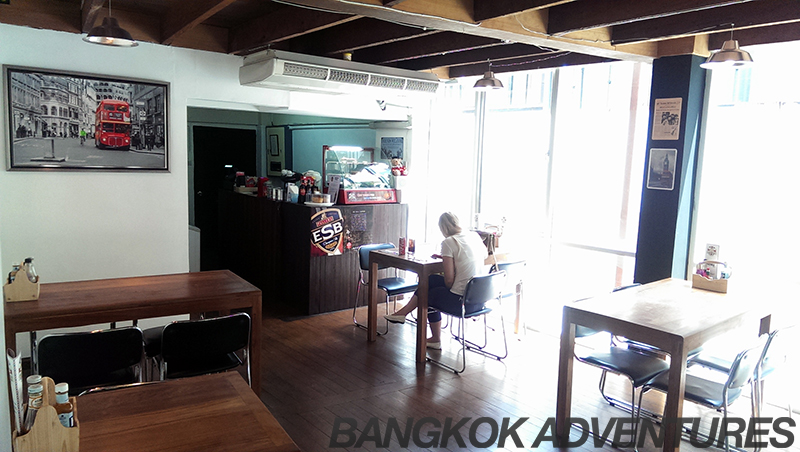 There were also some pies which weren’t on the menu but were available fresh. We ordered the minced beef & onion, the mushroom and a Cornish pasty. 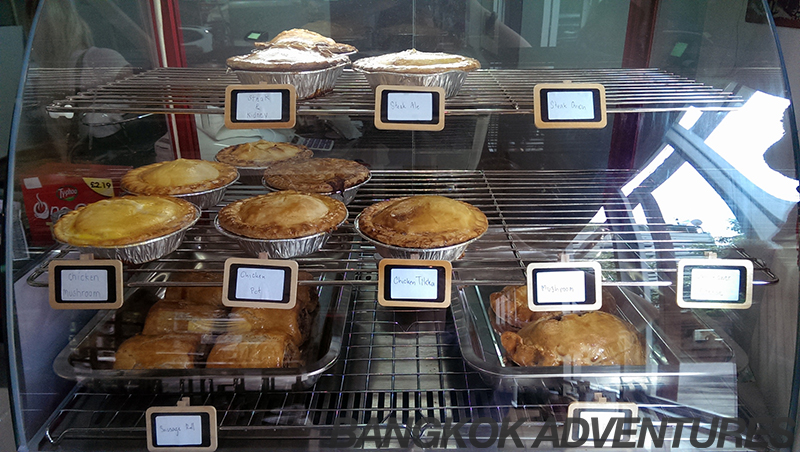 Be sure to check to see if there are any pies not on the menu.

Pies can be enjoyed as a meal, with mashed potato/chips and garden peas for 220 baht. You can also enjoy a pie on its own for 120 baht or take one home frozen for 110 baht. 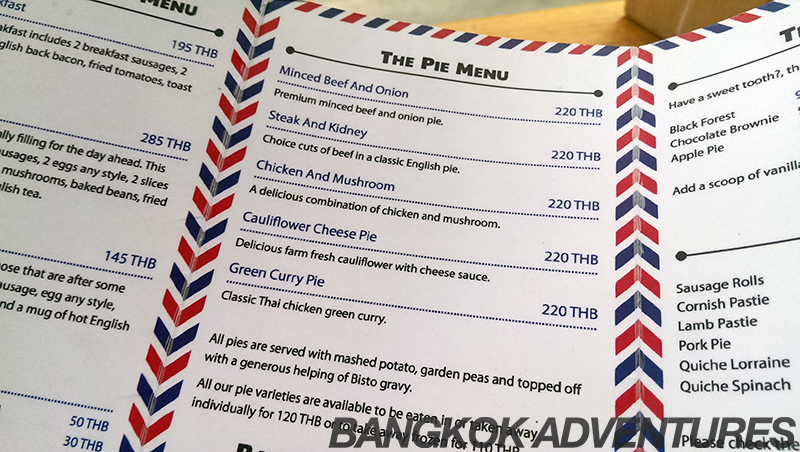 For those who don’t fancy a pie there are also some other great choices on the British menu such as Bangers and Mash, Fry Up’s, Pasties, Sausage Rolls, Quiche, and of course… tea! There was also talk of new additions such as Shepherd’s Pie, Scotch Eggs, Apple Pie, and Pork Pies. 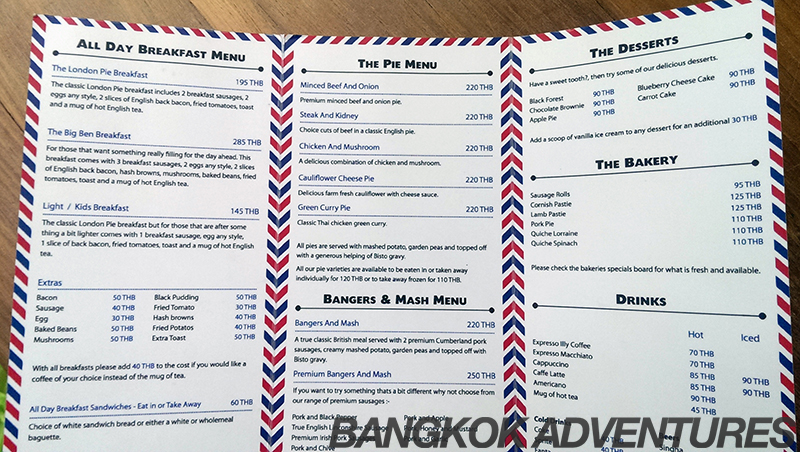 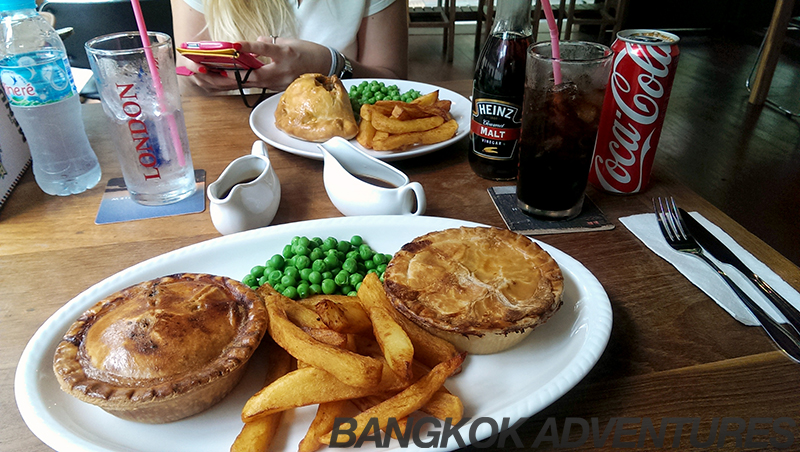 Two pies, one plate… Well, we are serious about taste testing food.

Too many times we have been victim of great looking pies only to have them go limp because they lack filling. That’s not the case at London Pie though, the pies here are honest and delicious to the last bite. 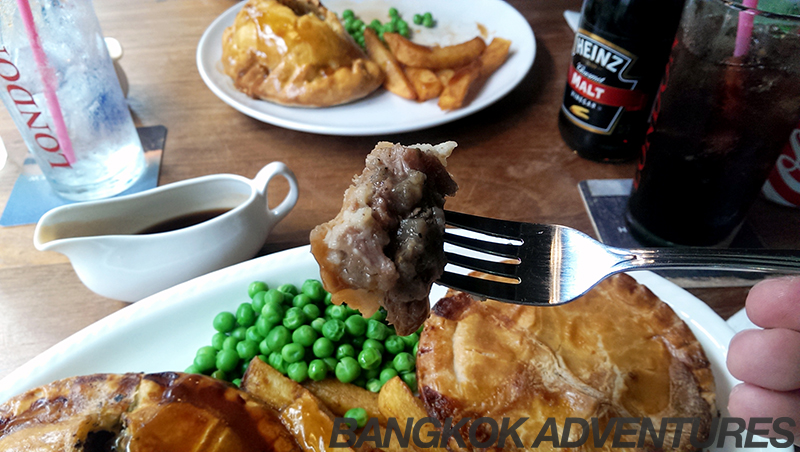 Not only were the pie fillings delicious but London Pie also has all the right accompaniments for your meals. Pies come with a gravy boat of thick, steamy, Bisto gravy; the real stuff, no imitations.

And, for those who like things a bit more saucy, London Pie provides the only sauces you need; HP and Heinz Ketchup (or as we Brits like to call them; red and brown sauce). 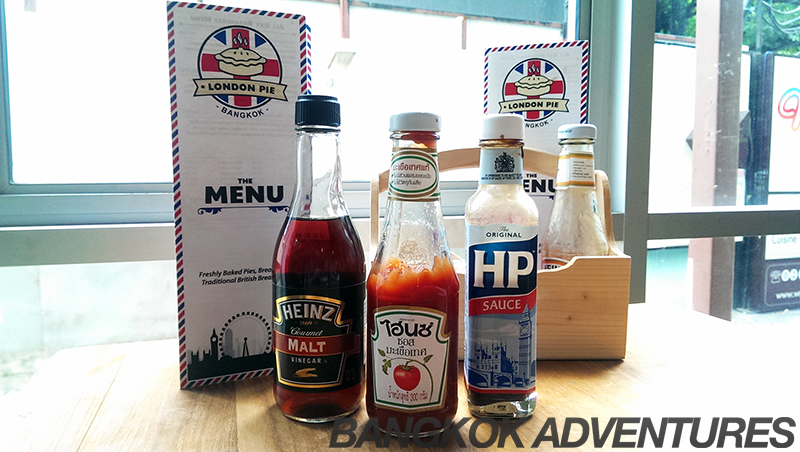 The chips are yet another special treat at London Pie – many purveyors of British food in Bangkok have settled for frozen oven chips – but not here. We were served beautiful, golden, hand-cut, chunky chips. Better yet, they sat alongside a salt-shaker and some real Malt Vinegar. Speaking of perfect pairings, the cafe have recently added a selection of classic British Ales to their menagerie of mouth-watering fancies. 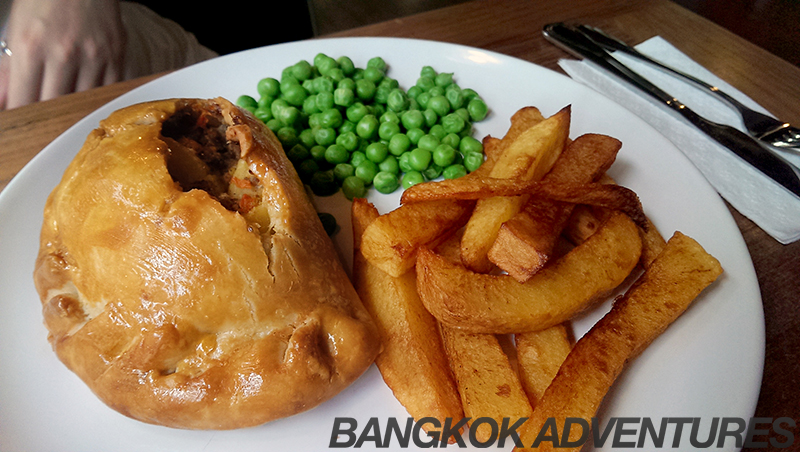 While the interior is pretty plain, the food really speaks for itself here. Such a venture can’t be easy to pull off in Bangkok, 6000 miles from the home of British produce, but they have captured the spirit of London in their fantastically thought out menu and excellent food. 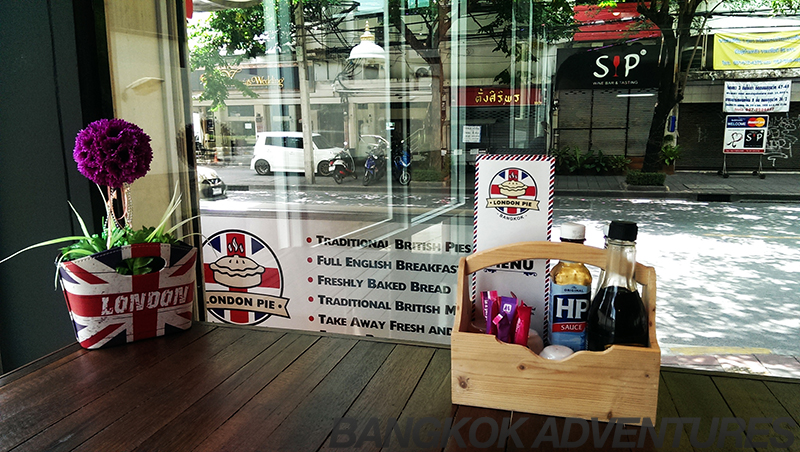 The food here is so good in fact that we returned a few days later and bought two pork pies, two sausage rolls, and two apple pies all to take home with us. 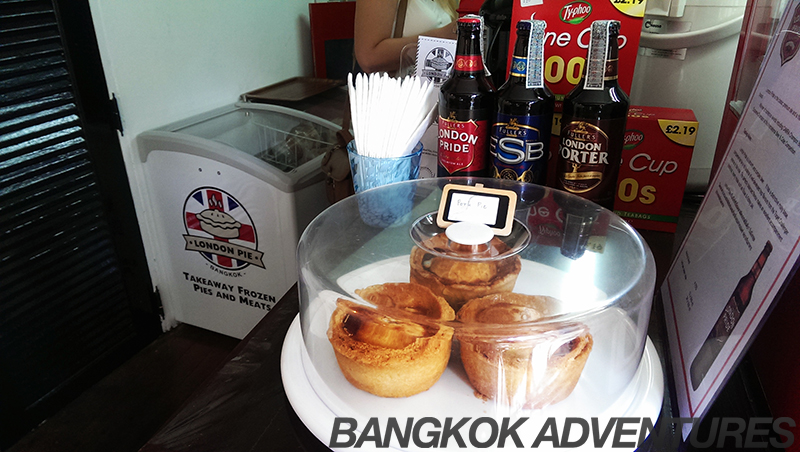 If you are already putting your shoes on to try this place, we don’t blame you. 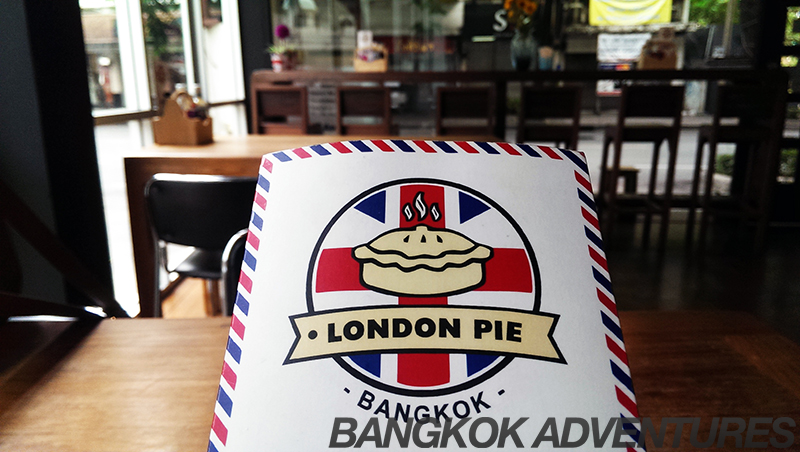