This article has been updated due to the ever changing street art scene in Bangkok. Below is the original article followed by several updates.

Bangkok already has it’s own fair share of impressive street art, from a wide variety of street artists such as P7, Rukkit, Peap Tarr and Lisa Mam, but with the city and it’s art scene forever changing we always have room for more art on our streets.

Last month we spotted some new paint in the Phra Khanong area and shared it on our Twitter (you are following us on Twitter, right?) After a little bit of Googling, and trying to read French websites, we had discovered the Birdy Kids crew and their cute, colourful bird characters. 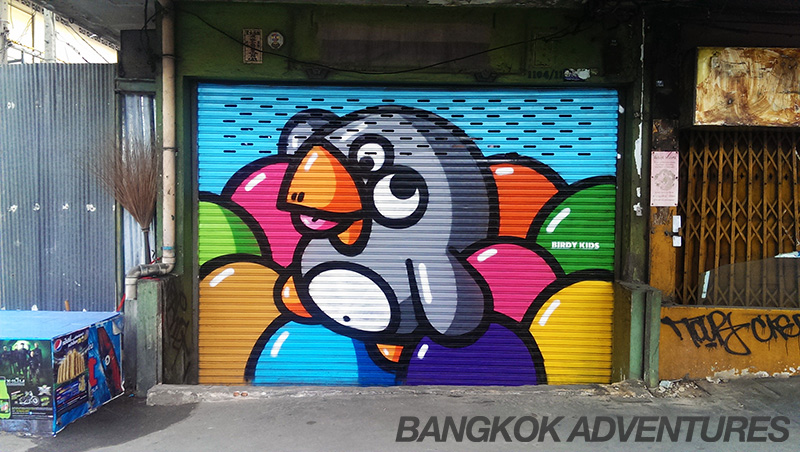 The Birdy Kids have an unmistakable artistic style which is bold, bright and very fun. The birds themselves wouldn’t look out of place in an Angry Birds game or a children’s cartoon. For us, this is part of the reason we love the Birdy Kid’s work because it can be appreciated by anyone, young or old. 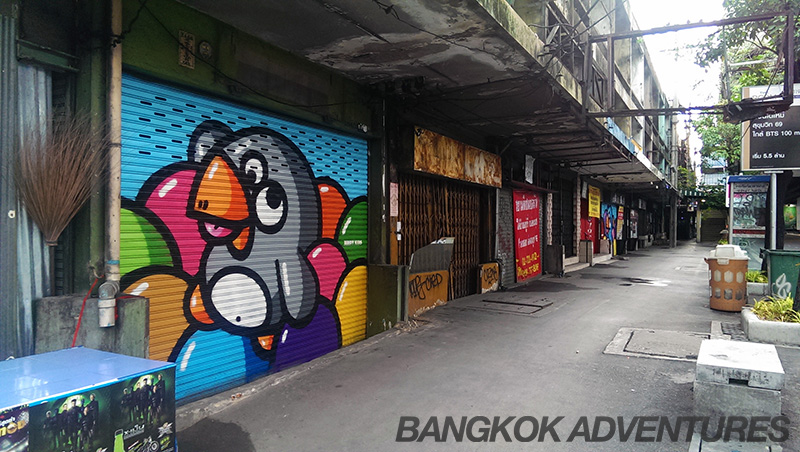 They are a crew of 3 street artists from France, one from Lyon and the two others from Paris. A.EM. is a graffiti artist, Gautier is a graphic designer and Guillaume is the print expert. All of them are dedicated, full time artists. 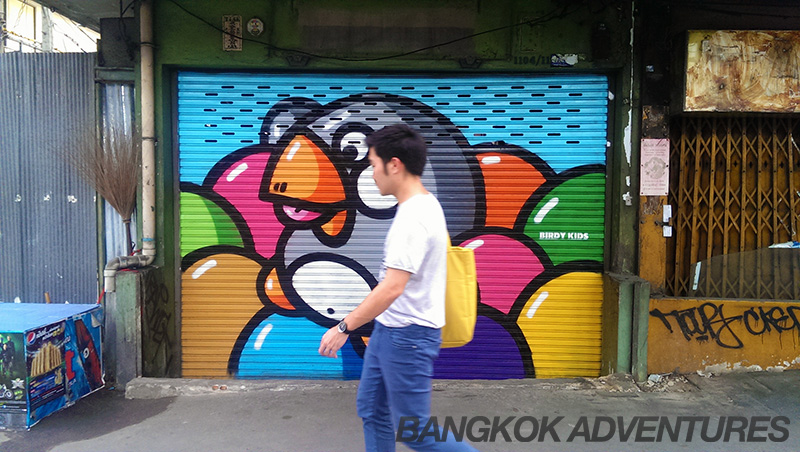 Their artwork can be found in several places around Bangkok and you have probably spotted a few already. So far we have tracked down a number of them in Phra Khanong and would love to know where the rest are. Have you seen them for yourself anywhere? Be sure to let us know in the comments below or share them with us on Twitter or Facebook.

Well that didn’t last long. After only a few short weeks someone has decided to tag the Birdy Kids pieces in Phra Khanong. Instead of the cute, colourful and skilled street art we are now left with some very amateur graffiti. Some words have also been sprayed over the Birdy Kids pieces which you can see below. 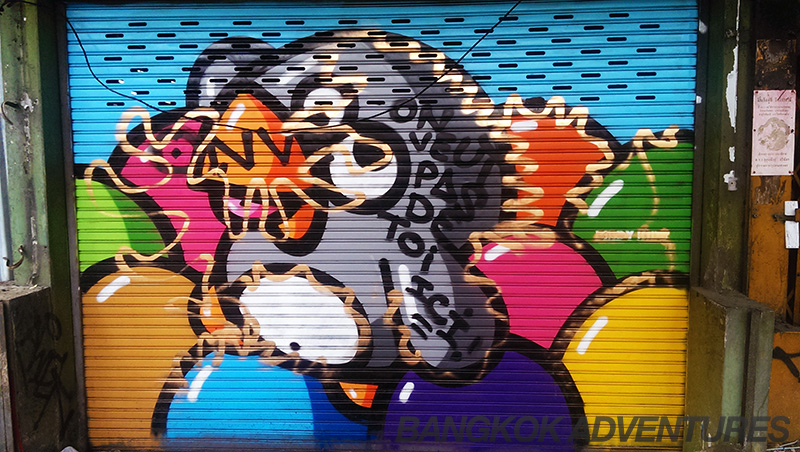 ‘On veut pas de toi ici!’ when translated from French to English means ‘we do not want you here!’

‘Degage!’ which could either be the name of the tagger or more likely could be translated to English to mean ‘go away!’

Unfortunately the tagging of the Birdy Kids pieces in Phra Khanong hasn’t stopped and now one of the pieces has been hidden even more. If the ‘artist’ wanted to cover the piece up couldn’t they have at least have done something better than this? What a shame. 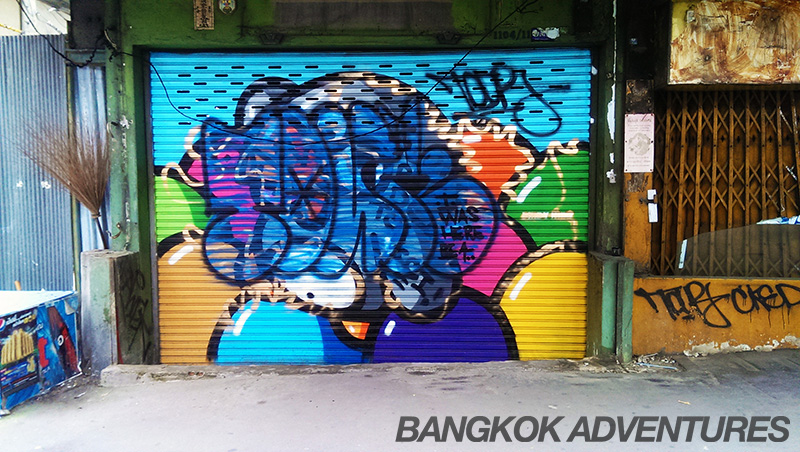 BIrdy Kids graffiti in Bangkok covered up by jealous rival.