The first ever Comic Con to be held in Bangkok took place from 4-6 July at the Royal Paragon Hall, and proved to be the ultimate event for fans of comic books, cosplay, anime and graphic novels. The very first Comic Con International was held in San Diego back in 1970. The event is now a worldwide phenomena with events taking place all around the globe, and the first official Comic Con in Thailand certainly did not disappoint! 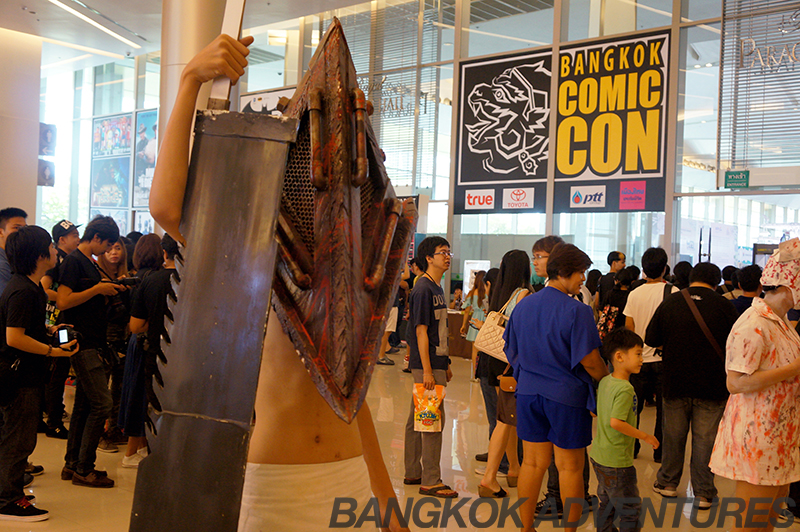 As well as being a must attend event for dedicated comic book fans, this unique event also gathered together film and animation industry hot shots from Hollywood, Thailand and throughout Asia. 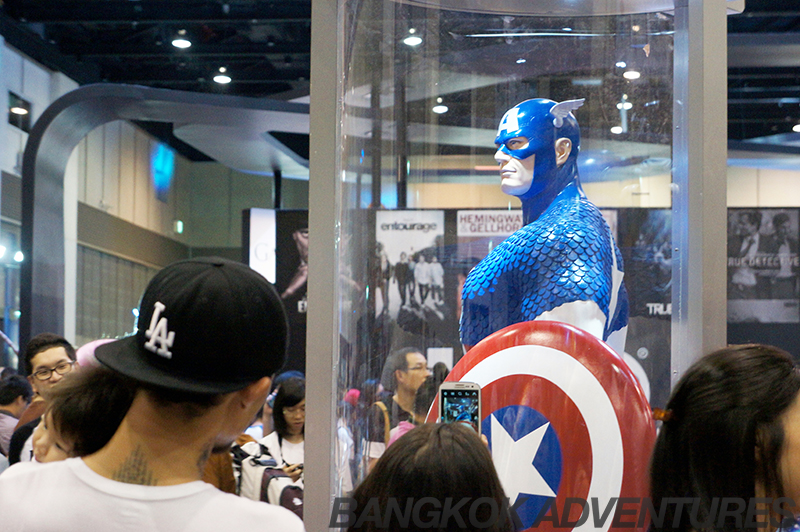 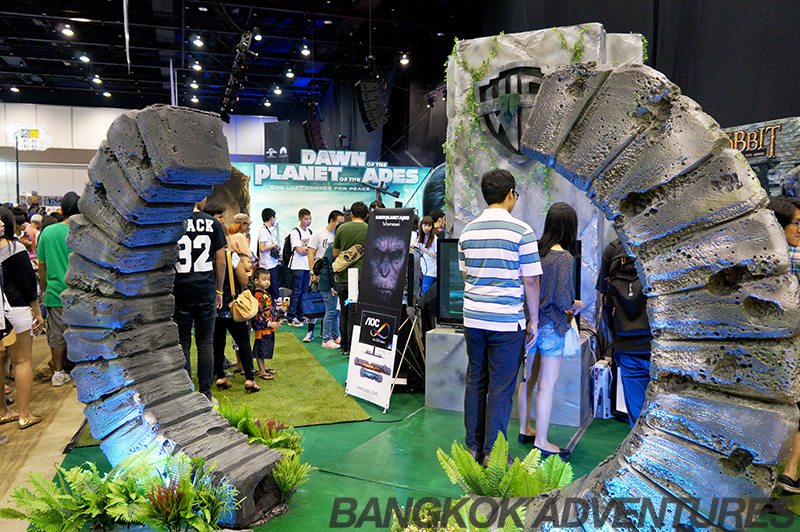 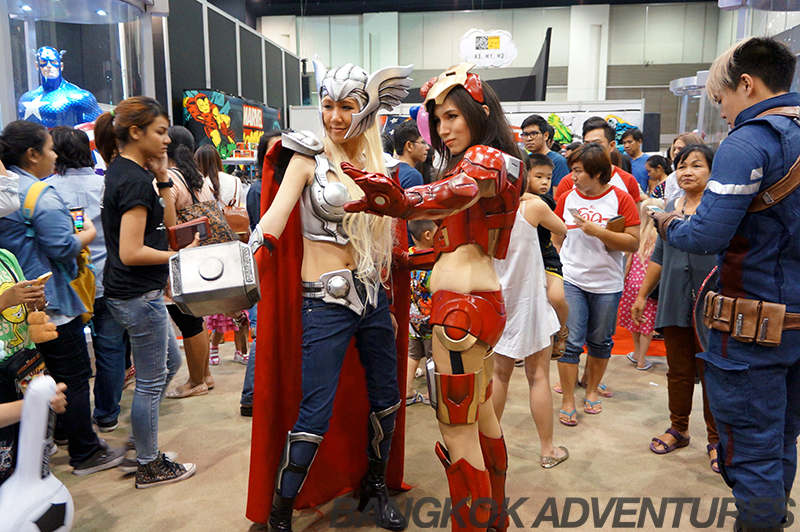 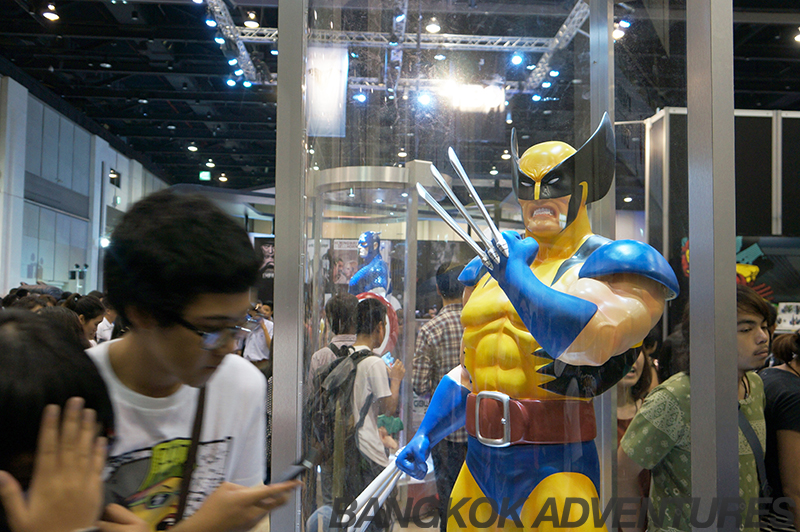 One of the most popular activities at Comic Con proved to be the Games of Thrones ‘Iron Throne’, featured at the HBO booth. This gave fans of the hit TV series a chance to take a seat in the replica of the chair that sits at the centre of the Game of Thrones conflict. 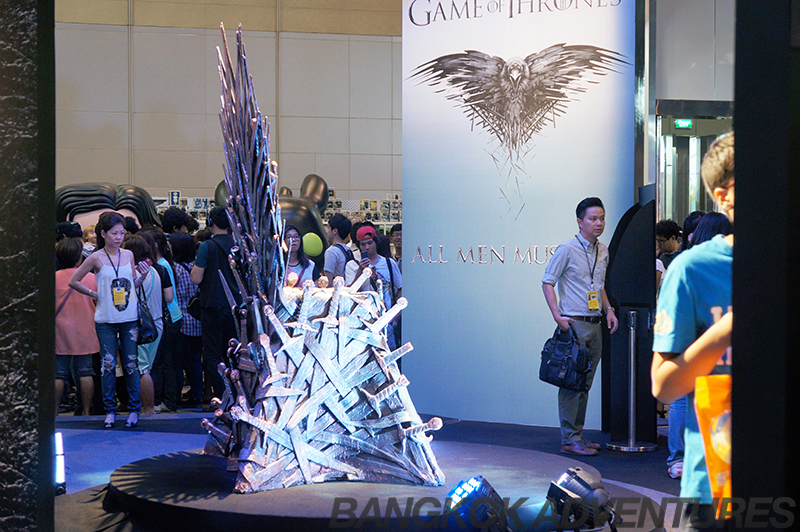 Comic Con also had an abundance of panel discussions, a cinema showing classic cartoons, book signings, and of course the sale of a few comic books and graphic novels. 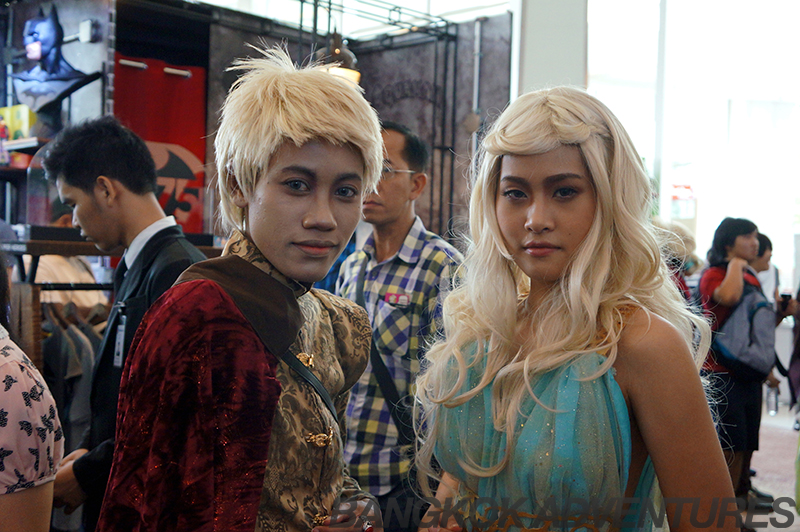 One of our favourite parts of the whole event had to be the amazing cosplay, including some fantastic official costumes. We took along our very own young Spiderman (or should that be Spidergirl?) and she got a lot of attention for her hand-made costume. 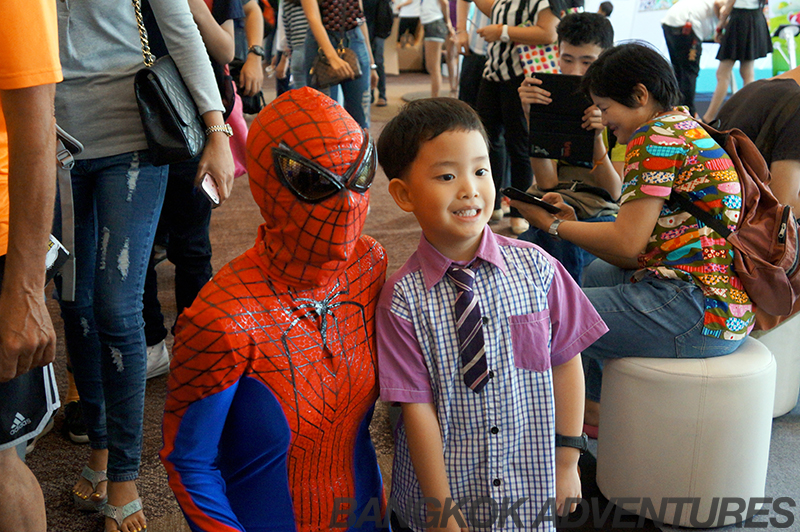 Children were especially excited to come up to us and meet one of their heroes.

The cosplay we saw covered a huge variety of heroes and villains, and the hand-made costumes really stood out to us for the sheer amount of effort it must have taken to make. We rubbed shoulders with dozens of different characters, from an army of storm troopers to a gas mask clad Walter White! 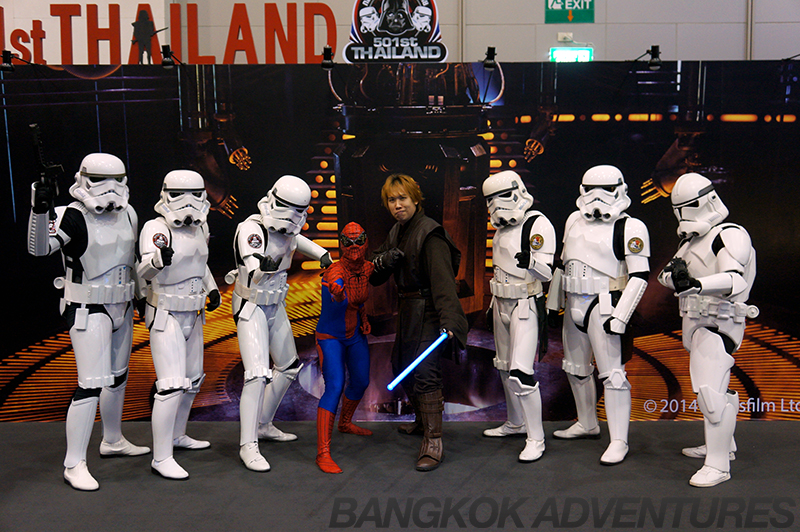 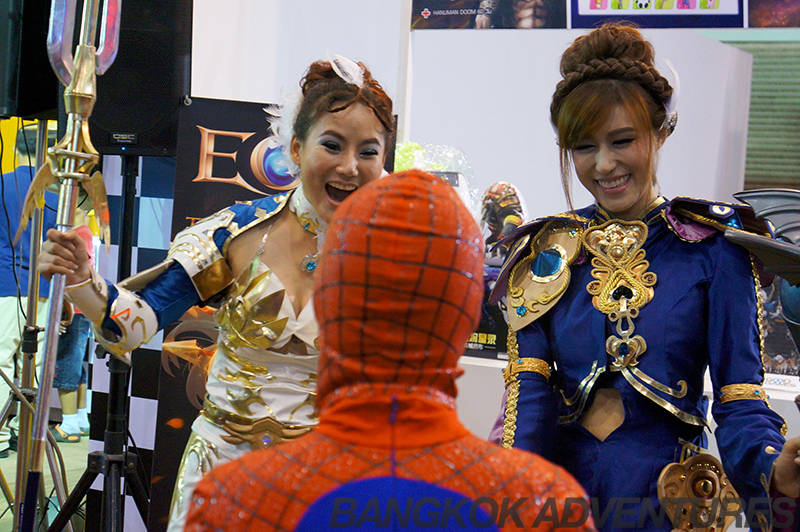 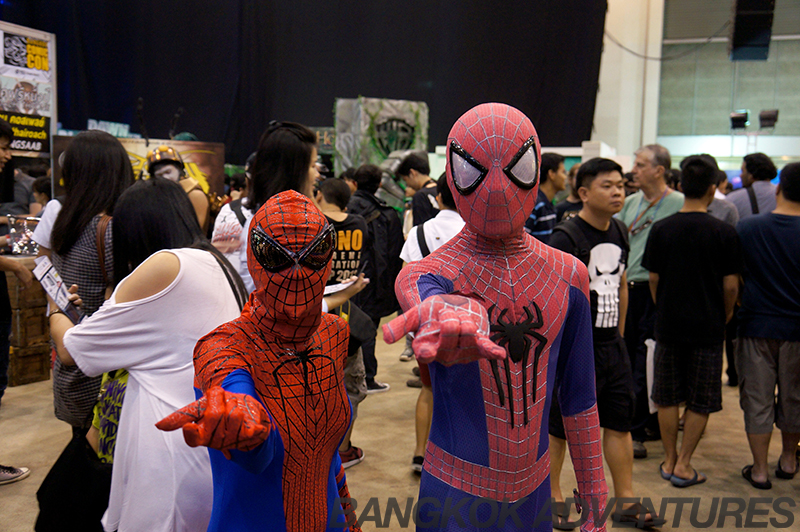 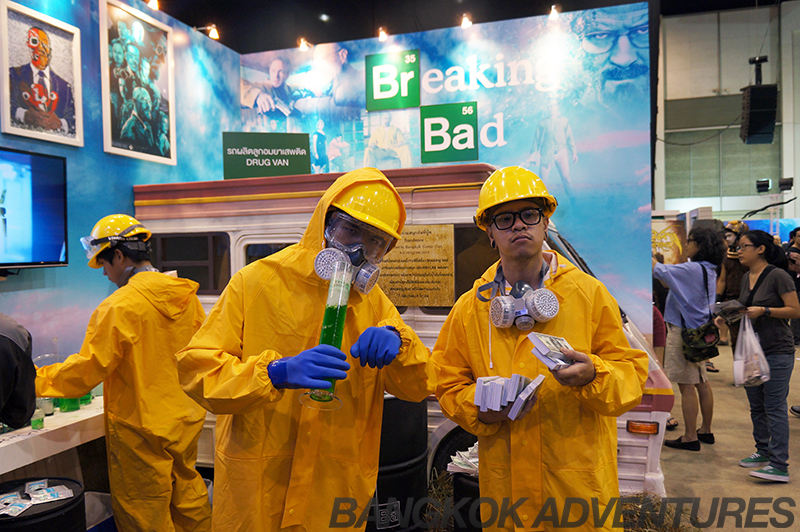 Hey Jesse, we’re not sure putting that sign on the van was a good idea…

The real centre piece of the event, and our own personal highlight, was an exhibition celebrating the 75th anniversary of Batman. Attendees got a chance to see the Batmobile, Harley Quinn, and of course the caped crusader himself was there too. 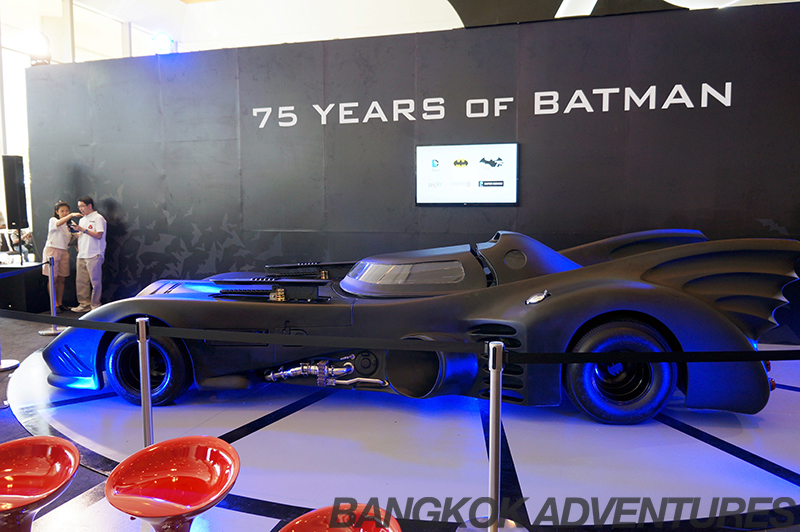 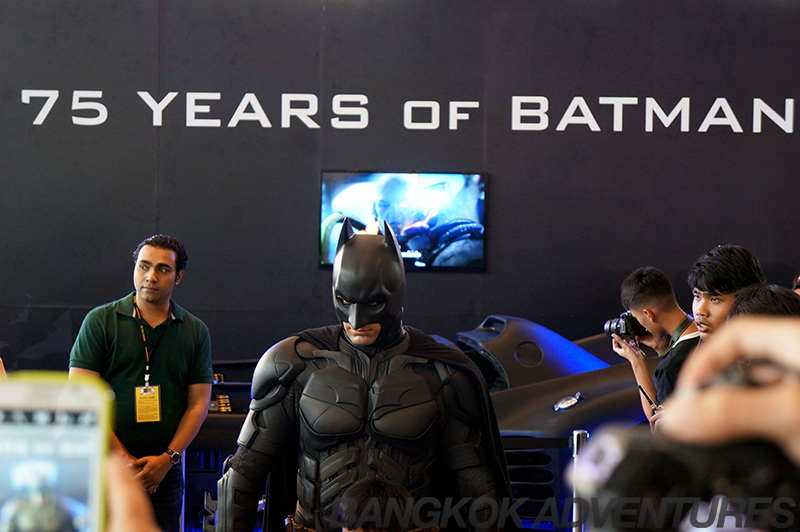 And this wasn’t the only Batman that we saw around either. There were some really amazing home-made costumes which really impressed us too. 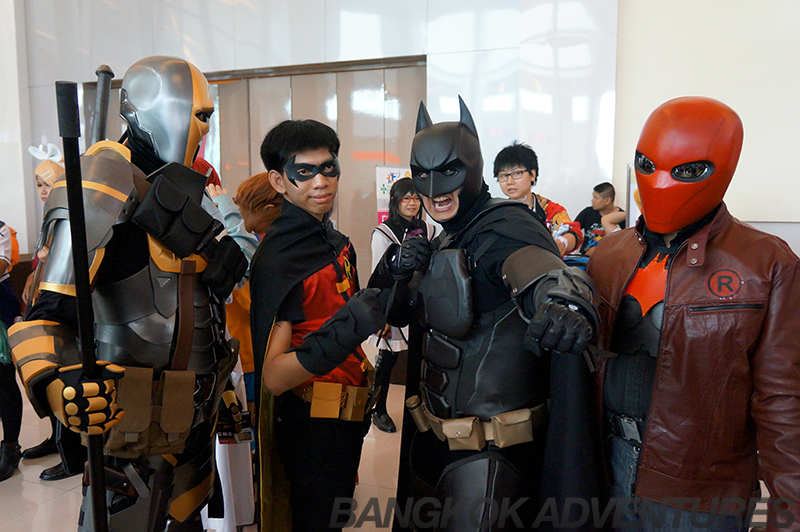 Can you name them all?

For the small entrance fee of just 150 Baht, we think Bangkok’s first Comic Con was an unbeatable value day out for both committed fans and curious first time attendees. Although smaller than many more established Comic Con events, the atmosphere at Royal Paragon Hall was electric, and we hope the event will continue to grow in the coming years.